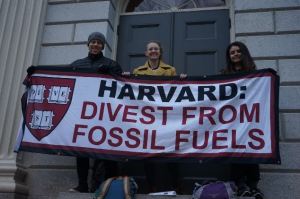 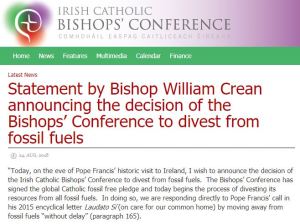 The Divestment Movement to Combat Climate Change Is All Grown Up | @NewYorker https://t.co/7zDnMBKM2A

Awesome interview with Clara Vondrich on #divestment climate campaigner & Director of Divest I… https://t.co/EiurSQToLR via @YouTube

4 years ago, endowments and portfolios worth $52 billion had divested.
At press conference just now the current total was announced: $6.24 trillion.
New target for 2020: $10 trillion
Thanks to all who fight

Fossil fuel divestment has become a global phenomenon. A new report was released, shows that close to 1000 institutional investors with $6.24 trillion in assets have committed to divest from fossil fuels. #divestinvest #fossilfree https://t.co/mAeIyTmVG7 pic.twitter.com/ZPpCS6kS8T

Fossil fuel #divestment is financially sound. Shell see it as a risk to its business. #climatechange https://t.co/SJQsiQmOvM

As New York and London mayors, we call on all cities to divest from fossil fuels | Bill de Blasio and Sadiq Khan https://t.co/IZm1yksFwE

Okay, this is a seriously big deal. The mayors of New York and London are challenging every other city on the planet to join them in divesting from fossil fuel. Momentum! https://t.co/B2Yp4BCJ7Q

Mayor @SadiqKhan and I believe that divestment is a powerful tool and a prudent use of resources. Together, cities can send a clear message to the fossil fuel industry: change your ways now and join us in tackling climate change. https://t.co/T3x8EDOLHV

A new bill from Oregon Senator Jeff Merkley @SenJeffMerkley would give federal employees the ability to invest their retirement savings in a Climate Choice stock option that is divested from fossil fuels https://t.co/c4r0PIFh7l

Universities, like the #insurance industry, have the power to accelerate the fight against climate change, in a way that few posses. On top of that, the insurers are also exposed to the potential catastrophic climate related claims #divestment https://t.co/m7NW5U7frK

Yeah! So many #RiseforClimate events planned for Europe. Find one near you and get ready to Rise with tens of thousands of people all over the world this Saturday: https://t.co/7HkrrCOK85 #FossilFree https://t.co/qYgHRECEIh

S&P500 SHows Energy is the worst performing sector over the last 5 years. Read more #ReasonstoDivest in the 'IEEFA update: Divestment 101' from the @ieefa_institute https://t.co/mn7pibq3qd#divestment #fossilfuels pic.twitter.com/KvagbLgq22

Find out what your council is investing in fracking and call on them to #divest: https://t.co/g2IqwOtiXF pic.twitter.com/dgAvAWppAD