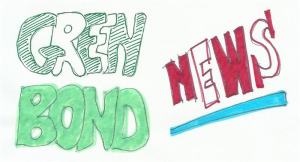 Credibility of #greenbonds questioned at recent #sustainable finance event in Singapore, where CMIA Board Member & CEO @Sindicatum @AssaadRazzouk participated in the debate https://t.co/rIwMKyM8HJ

How rigorous #GreenBonds disclosure & liability standards shall be?

"Strict" New York's Rule 144a or the more relaxed "European" Regulation S? Or the Chinese "model"?

Nine European #GreenBond funds with a combined total AUM of €1 billion are set to reach their three-year mark in 2018. This means a point of reference and a track record investors can use when selecting funds, say @FitchRatings.#SRI #ESGhttps://t.co/pTm1RfNTDm

The beautiful #capital of @Paris registered as a mentor for the PROSPECT #P2P learning programme to share about #greenbonds. If you want to benefit from their experience, this is your chance! Register as a mentee: https://t.co/p1nj1ev1kk #H2020PROSPECT pic.twitter.com/WZeBG4SkEQ

Interest in #greenbonds is spreading, new ING USA #sustainability study shows. “Appetite for green bonds has been strongest among the largest companies, but it is now growing among smaller ones.” https://t.co/uJyjJCL97u pic.twitter.com/fbegF98GCz

Read good overview by IISD_SDGs of how #climatefinance is shaping up around the world https://t.co/BMBFO5q9C2 From billion dollar divestment from #coal to the growth of #greenbonds – a lot is happening! #Talanoa4Ambition pic.twitter.com/UoSZlHRZHk #ClimateChange

10 signs that some of the world's most powerful money managers are worrying more about #ClimateRisk https://t.co/clljAkctxw @CeresNews

Investors are engaging & want robust assessment. Initiatives such as @ActOnClimate100 are critical to build a culture of real engagement to assist in directing capital to those investment most sustainable over the longer-term & avoiding value destruction as discussed above #OECD

New Course: Introduction to #GreenBonds by International Capital Market Association (ICMA) – Green bonds are a means of raising finance for #projects with #environmental benefits. In 2017 over 200 issuers, among them sovereigns, munis, #corporates, develo…https://t.co/2RiMEoFLqe

The new @EIB's support will address the limited issuance of #greenbonds in developing countries most #vulnerable to a changing #climate pic.twitter.com/Emh22zjLhs

.@janewilkinlux: "We need harmonisation so that 'normal' market participants, who are not experts, can actually look at 2 #greenbonds and assess which one is most suited to them, based on the #impact indicators they feel are most relevant". Read more: https://t.co/tZLF6BKLOL pic.twitter.com/X2NiwG7DHa

Estimated demand for additional green investment in ASEAN between 2016 and 2030 will reach $2 trillion to $3 trillion. #GreenBonds #GreenFinance https://t.co/h7FikLl3P9

Institutional #investors alone manage $93tr of assets around the world, and are currently underplaying their hand in the green economy, contributing only around 0.2% to current #climate finance flows, according to new UCL study: https://t.co/C6VGfRne3B #ESG #SRI #LetsDoMore

Spot on, @GFI_org: "Instruct the UK DMO to issue a sovereign green bond of a size similar to the recent €7bn French Green Bond & use the proceeds to finance flood resilience in the UK" https://t.co/LqZt3rVGmT #greenbonds pic.twitter.com/sRpilIdNxv

“If you look at the people who spoke” at #InvestorSummit2018, “whether it’s Goldman Sachs, or Japan’s pension fund, it’s people who manage trillions, not billions of dollars” – @MindyLubber CEO @CeresNews —> there is more mainstream investor #ClimateAction than ever before https://t.co/R3jNnl0RkU