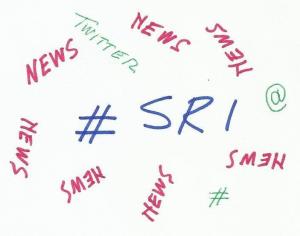 We are so proud to know that our member @tmbankau will commit $3,5 billion to responsible investments!
Those are great news for #sustainability projects and initiatives in Australia, and a good #BankingOnValues example!
Well done!https://t.co/1zM5w5gwh9 pic.twitter.com/Cx6wvXu3WJ

A coalition of more than 80 investors, coordinated by FAIRR and @CeresNews, are asking the largest companies in the $570 billion global fast-food sector to explain by March 2019 how they plan to de-risk their meat and supply chains https://t.co/tukq9zb2ym

"The rise of AI powered #ESG analysis tools from providers such as @ArabesqueAM means there is increasingly less room to hide for those not behaving responsibly." Our latest briefing explore why #ethics in #tech now vital for #investors https://t.co/SlGZDMQOz2 #IRmeetsCR

Investors should fire directors who fail to act on climate change https://t.co/6jlPLT0smF via @financialtimes

Grateful for the mention in @wef’s new report! @SDGBenchmarks are helping companies better understand their #ESG performance in line with the #GlobalGoals and advancing the critical discussions on how we perceive and measure good social performance https://t.co/cNWKM3V5WU

For the more than 35000 students who marched yesterday in Brussels.
For all young people around the globe.
For the future of our planet.
It's time to move to a more sustainable economy https://t.co/tgEoDM5lGN#SustainableFinanceEU #youthforclimate #MarchePourLeClimat #klimaatmars pic.twitter.com/KF1eJyocBa

The world’s largest asset manager @BlackRock "to launch a money-market fund that will invest primarily in debt from issuers who have better-than-average environmental practices" & entered into an agreement with World Wildlife Fund (@WWF) – statement here: https://t.co/jIiD8gZw8J https://t.co/F9keNCnVxE

Magnifique! A truly inspiring article from @brunepoirson Secretary of State at France's Ministry for the Ecological & Inclusive Transition for @GRI_LSE #SustainableFinance leadership series https://t.co/RrneacQWTR A great way to start the year! pic.twitter.com/SuiWZCkAXu

“Financial markets evolve & change… if we go forward 20 years from now & think about where millennials will be putting their money & their investments, it seems reasonable that #SustainableFinance will not be a field separate from finance. It’s just common sense.” – @lsmartie pic.twitter.com/8nMloeoZYN

Another important pledge for #SustainableFinance targeting the #SDGs – #ACT4SDGs! Will definitely make it into my no. 64 (DE) https://t.co/h4Ya8kdFx4 https://t.co/lkO05BfVJM

2019 is an important year for #sustainablefinance in Europe. We are in full support of @Eurosif's review to implement the #EUActionPlan: https://t.co/tZz5v5N2kj

Green Century President Leslie Samuelrich has been reelected to the @US_SIF Board of Directors. The 14-member US SIF board of directors provides strategic guidance and oversight to the organization. Learn more here: https://t.co/uUm3z26Pcj #ussif #sri #impinv #esg

Our Senior Sustainable Finance Associate Chris Hart is in #Singapore this morning helping @WWF launch the new Asia Sustainable Finance Initiative (ASFI) we are proud to be part of this new initiative and helping to develop #sustainablefinance in the region.#ASFI pic.twitter.com/ygmf0Ty2Fz

The Toronto Stock Exchange is joining an international network that wants to green financial markets https://t.co/PoWJe2grBu via @NatObserver

The 💪 against #ClimateChange continues.

Our expert panel released an interim report to help find ideas on how we can transition to a #LowCarbon economy. Share your thoughts: https://t.co/mcuazvJndh #SustainableFinance pic.twitter.com/yycrvD3qkC

Twitter, a report I have co-authored at @OECDdev was published today. Give it a read if you are interested in social impact investing, private financing for sustainable development and why development finance needs an impact imperative. #PF4SD https://t.co/oD5eshmMwo pic.twitter.com/Gkkfrw0p3o

The new OECD report on Social Impact Investment has been published! I am happy to see that the Report mentions my work on Social Impact Funds! #OECD #impactimperative #socialimpact # impactinvesting #funding #sustainablefinance #Palgravefinance pic.twitter.com/7nqiCb5D4s

@AnoukAgnes: #ESG will be the TOP priority in 2019. It is going to be compulsory and ALFI’s commitment is to provide clear guidance to its members. #ALFIAsia19

Survey of young professionals by ⁦@Masdar⁩ found that they view the 18-35 age group as responsible for #SustainableFinance pic.twitter.com/9u0I64xFsA

International collaboration to the fore at #AbuDhabi #ADSustainableFinanceForum day with @EU_Commission #VP @VDombrovskis coming in by video link to brief participants on EU activities in #sustainablefinance. pic.twitter.com/srZYG1l2F9

More CO2 culprits. These are the companies who have increased their CO2 intensity (not actual emissions, but emissions per activity or CO2 efficiency) the most the last 5 years. #globalwarming pic.twitter.com/5aW9lyPbCF

“We need a triple A for sustainable finance,” says Finance minister @pierregramegna at the Asian Financial Forum in Hong Kong 🌎

Spending in the ESG data market, including ESG content and indices, is rapidly growing. Total spending was $505 million in 2018 and is expected to hit $745 million by 2020. The mainstreaming of ESG data means that it is becoming standard market data. https://t.co/KEc4r3Tcv9 pic.twitter.com/HHX7laiOre

Demand for #ESG integration in #investing is growing, and cloud computing, machine learning and data science are becoming significant game changers in the industry and will be a key focus over the course of 2019. Read more in our outlook: https://t.co/8gTwljpPzA #SRI pic.twitter.com/V7X6r8CD80

Good to have everyone back this week in the @Europarl_EN w/meetings up & running. Kicking off my 2019 agenda with trialogue on my Report on #benchmarks & #sustainablefinance agreed. Negotiations between @EP_Economics & the @EUCouncil are set to start next Wednesday16 January.

Honoured to speak at the Conference on Promoting Sustainable Finance, thx to all participants for sharing their expertise&insight! My speech on why #SustainableFinanceEU is one of the missing links in the fight against #climatechange: https://t.co/CXdFHqJ7Ww #ESG #ClimateAction pic.twitter.com/WbfD4mUIGS

#SustainableFinanceEU Conference's 3rd panel towards 2050 was extremely good. Very disappointed though to hear that #G20 to dismantle their #SustainableFinance WG. This is a global issue! @EU_Finance says #EU's ready to activate alternative coalitions to continue the discussion👍

Fitch Ratings Focuses on #ESG Standards with New Scoring System— Agency finds only 3% of corporate ratings have changed as a direct result of ESG considerations. https://t.co/DfzjyzVBrc

Responsible tax conduct was on the up in 2018, and looks set to continue in 2019. Our CEO's interview with CSR Europe sets out the key drivers and trends, and is now live on our website | @CSREuropeOrg #TaxJustice #CSR #ESG #SRI pic.twitter.com/rztgwvRJWV

A few weeks ago, EU ambassadors endorsed the Council's position on 2 proposals aiming at making finance greener and more in line with the objectives of the #ParisAgreement on #ClimateChange!
Learn more 👉 https://t.co/YiUtPDc5Fy #GreenFinance #SustainableFinance